Do you remember those typical photos of women from the 50s with suggestive poses, frizzy hairstyles and flashy accessories? Well, this whole look corresponds to a trend that began during that period and that today continues to mark sensations.

Tabla de contenidos ocultar
A little history of the pin-up style
What is the pin-up style?
How to have a modern pin-up style and be a pure pin-up girl?
Keys to dress pin up style
1. Wear tight clothing
2. Bangs and curly hair for an authentic look
3. Subtle makeup and a lot of contrast
4. Purely retro accessories

Yes, we are talking about the pin-up style.

A little history of the pin-up style

If we talk about the literal sense of the word, “pin up” literally translates as hanging.

These types of photographs became increasingly popular, to the point that many soldiers chose to hang them in their lockers or rooms, a trend that became very noticeable during the period of World War II.

What is the pin-up style?

The pin-up style alludes to a very particular feminine aesthetic. The idea is that the women through those photos no longer only showed angelic, sad or passive faces, but that there was a lot of provocation, strength, charisma and, ultimately, a strong and marked personality.

o give you a better picture, it can be said that the first pin-up woman was the Gibson Girl, created by Charles Dana Gibson. It should be noted that it was a drawing that he made as a symbol of American beauty in 1890. This drawing was the basis of what would later become an entire aesthetic movement focused on imitating not only the aesthetic, but also the personality. The feeling of independence of women with respect to men began to emerge, all with poses of strength, mischief, spontaneity and joy.

If you want a more current example, models like Bettie Page or actresses like Marilyn Monroe are great references of the pin-up style: empowered, gentle women with a strong personality.

How to have a modern pin-up style and be a pure pin-up girl?

Although the pin-up fashion of the 50s was literally the last century, this trend is still one of the most attractive to the female public today.

If you are a woman of strong character, happy and spontaneous, you will perfectly represent the pin up style wherever you go. But apart from personality, you will need certain keys when it comes to dressing to be a 100% pin up girl.

What are those keys? Now we tell you.

Keys to dress pin up style

Follow these steps and you will be an unstoppable pin up girl:

At the time, the most popular were short dresses, very tight and tight, with polka dot or floral prints. The objective was to mark the silhouette as much as possible, in order to enhance the bust and the natural curves of the body.

In fact, corsets were also very popular to help enhance the chest and narrow the waist to accentuate the figure.

2. Bangs and curly hair for an authentic look

You will have seen it a thousand times, pin up girls stand out precisely because of those elaborate curly and wavy hairstyles. One of the great fashions of the moment was the water waves, something that continues to cause a sensation today.

Straight and short bangs are also valid, in addition to accessories such as scarves, brooches and bandanas. 3. Subtle makeup and a lot of contrast

Another of the characteristic icons of pin up fashion is makeup, but carried out in a very particular way.

The goal is to portray a flawless complexion, without a trace of blemishes and impurities, and as clear as possible without appearing unhealthy. All this must be contrasted with a large thick black eyeliner, following the line of curvature of the eyelashes, and marked red lips with gloss. The redder the better.

Accessories are the key to the pin up style, because they are responsible for showing that carefree and cheerful air typical of the 50s.

To do this, it is best to opt for patterned scarves, headbands or bandanas, and of course belts with bright buckles or matching patterns.

As a last key aspect, including the bag will further accentuate that casual and retro air. The most typical style are printed bags, always matching the dress, in addition to including elements such as brooches or flashy ornaments in a more colorful color.

Ready to take your pin up girl style to the next level? At Estrena Tu Bolso we have the best handbags from luxury brands such as Versace, Louis Vuitton or Carolina Herrera that will perfectly complete your pin up look 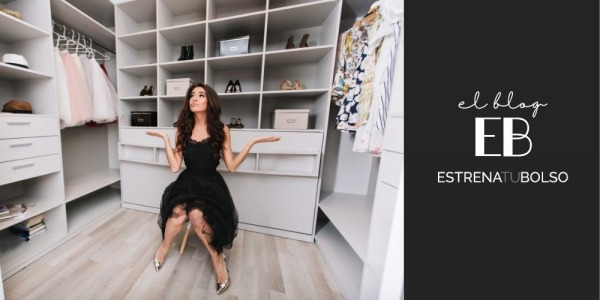 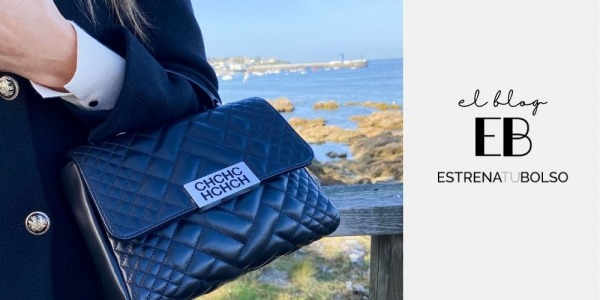